April 1981
Early 1982
Late 1985
February 1986
Summer 1986
July 1988
January 1989
August 1989
October 1991
August 1993
* * * * * * * * * * * * * * * * * * * *
The capacity of the Water Treatment Plant is 16.5 MGD. That capacity was projected to serve the area until 2010 when the plant could have been expanded to 22 MGD, which was projected to serve the area until 2030. The current capacity is well below the engineer's original estimates, so no expansions have been done or are planned at this time.
Raw Water Pipeline:
The Raw Water Pipeline is 3.5 miles long with 36" diameter steel pipe. The Shoshone Municipal Pipeline facilities operate by gravity, no pumping is required under normal operating conditions.
Treated Water Pipeline:
The Treated Water Pipeline is 68 miles long with steel pipe ranging from 36" diameter down to 16" and PVC pipe ranging from 10" diameter down to 8" diameter. In each of the municipalities Shoshone Municipal Pipeline owns the Service Connection Building which is the connection between our transmission lines and their distribution systems. The same is true for the Northwest Rural Water District, only Northwest Rural Water District owns the Service Connection Buildings.
Telemetry:
The status of conditions along the pipelines is continuously monitored at the Water Treatment Plant. 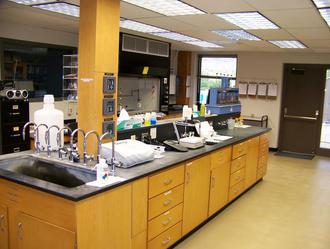 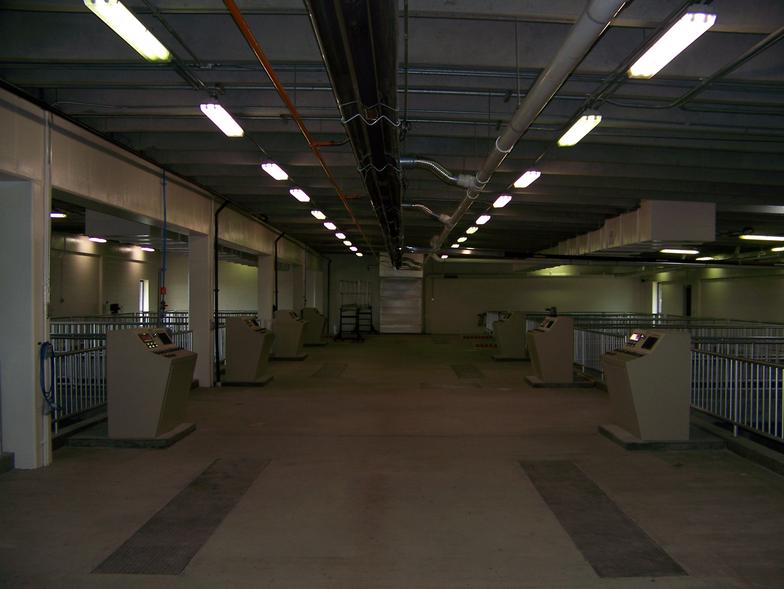 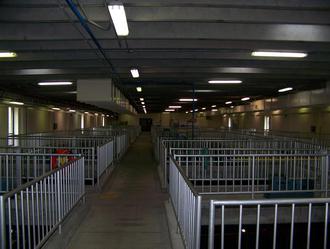 Flocculation/Sedimentation Basins
History and Development of the Shoshone Municipal Pipeline